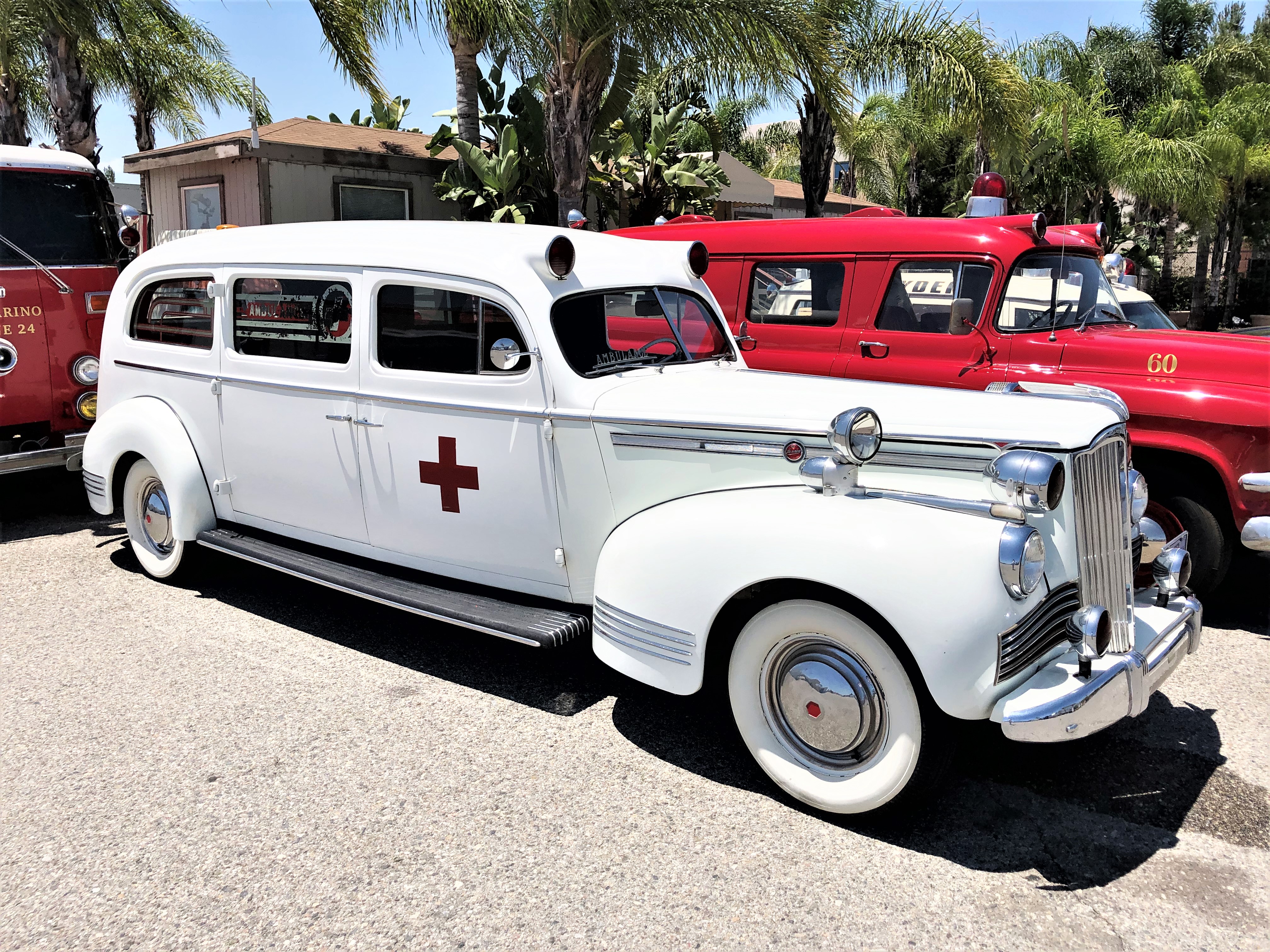 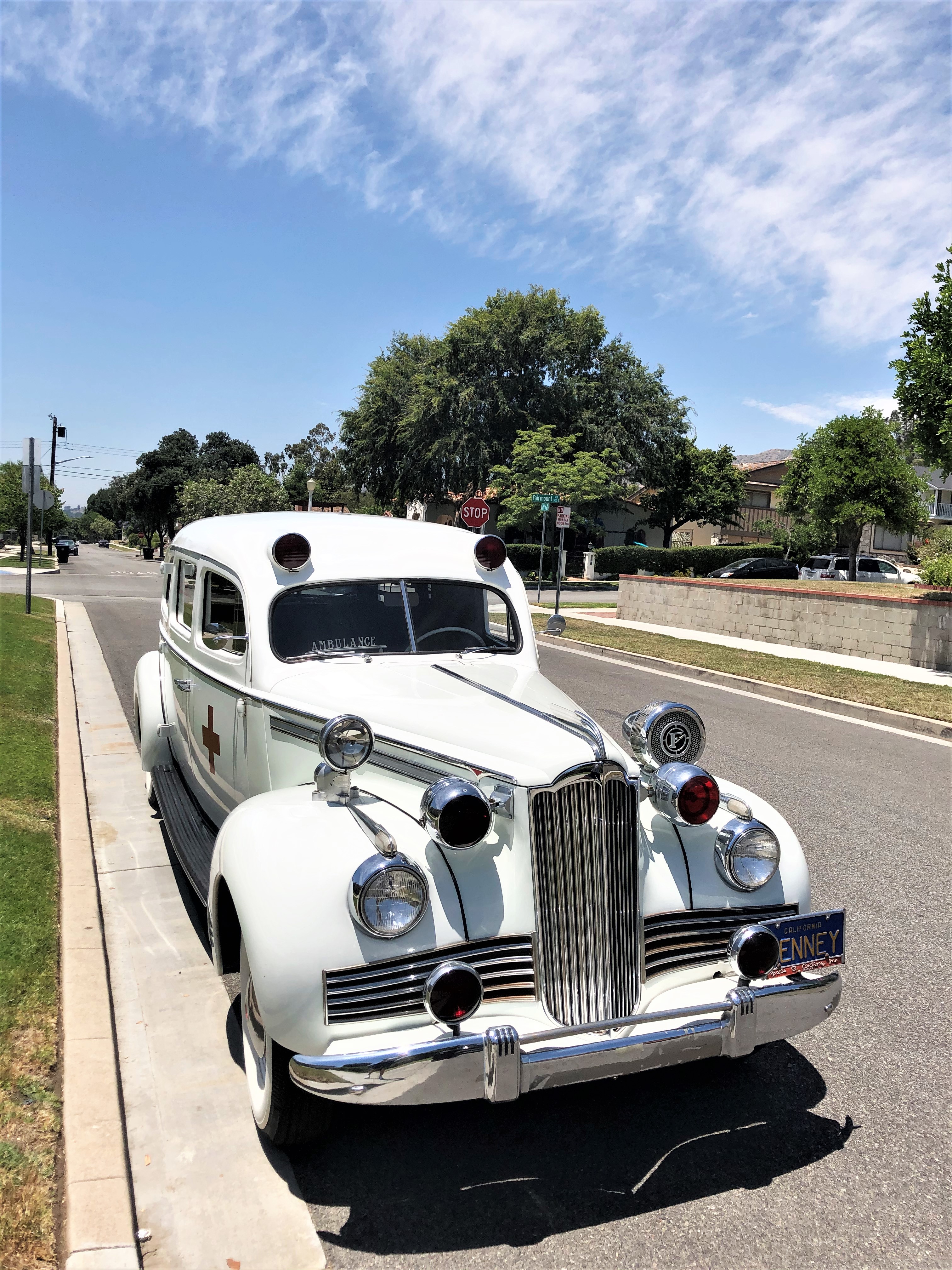 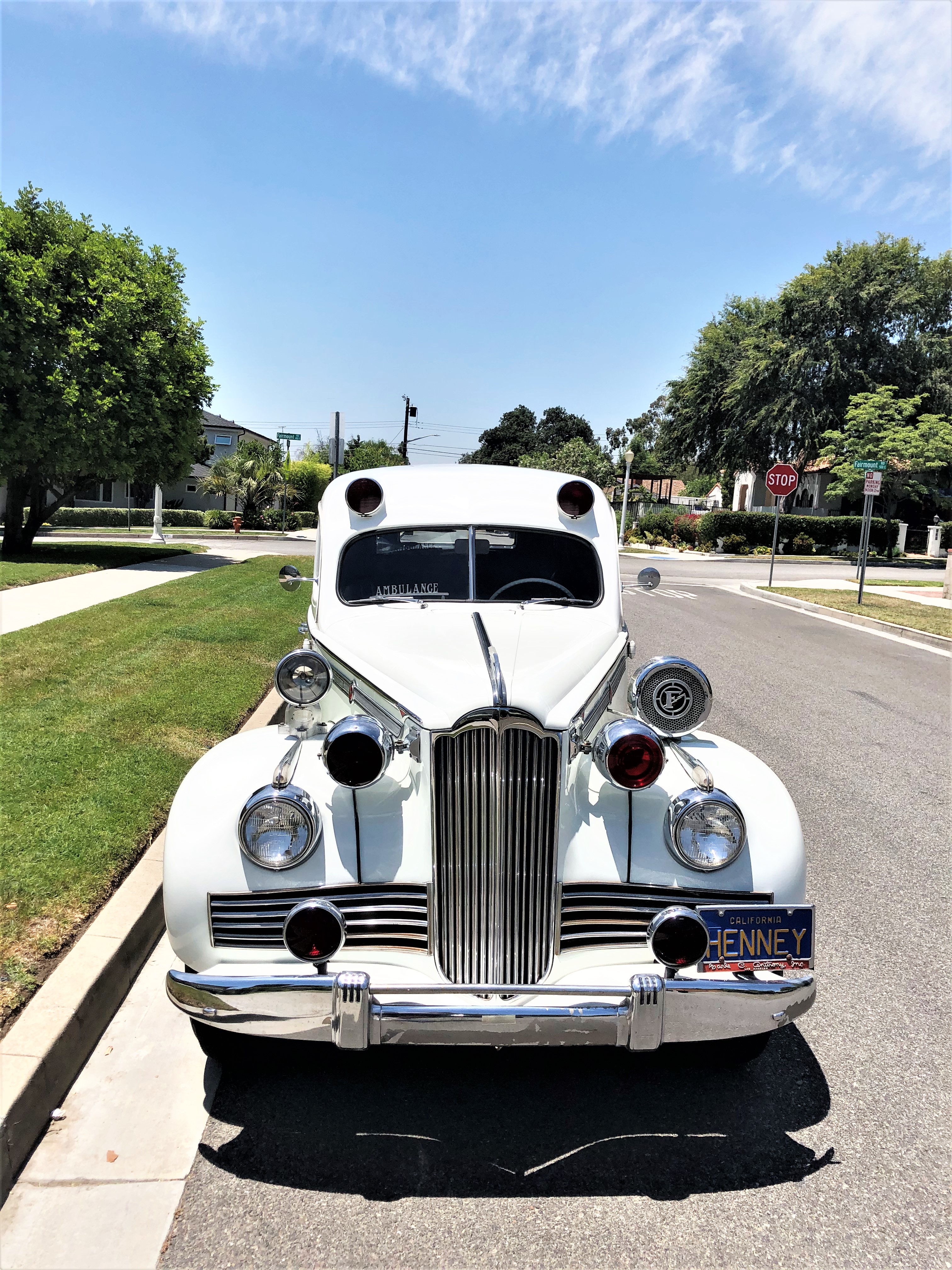 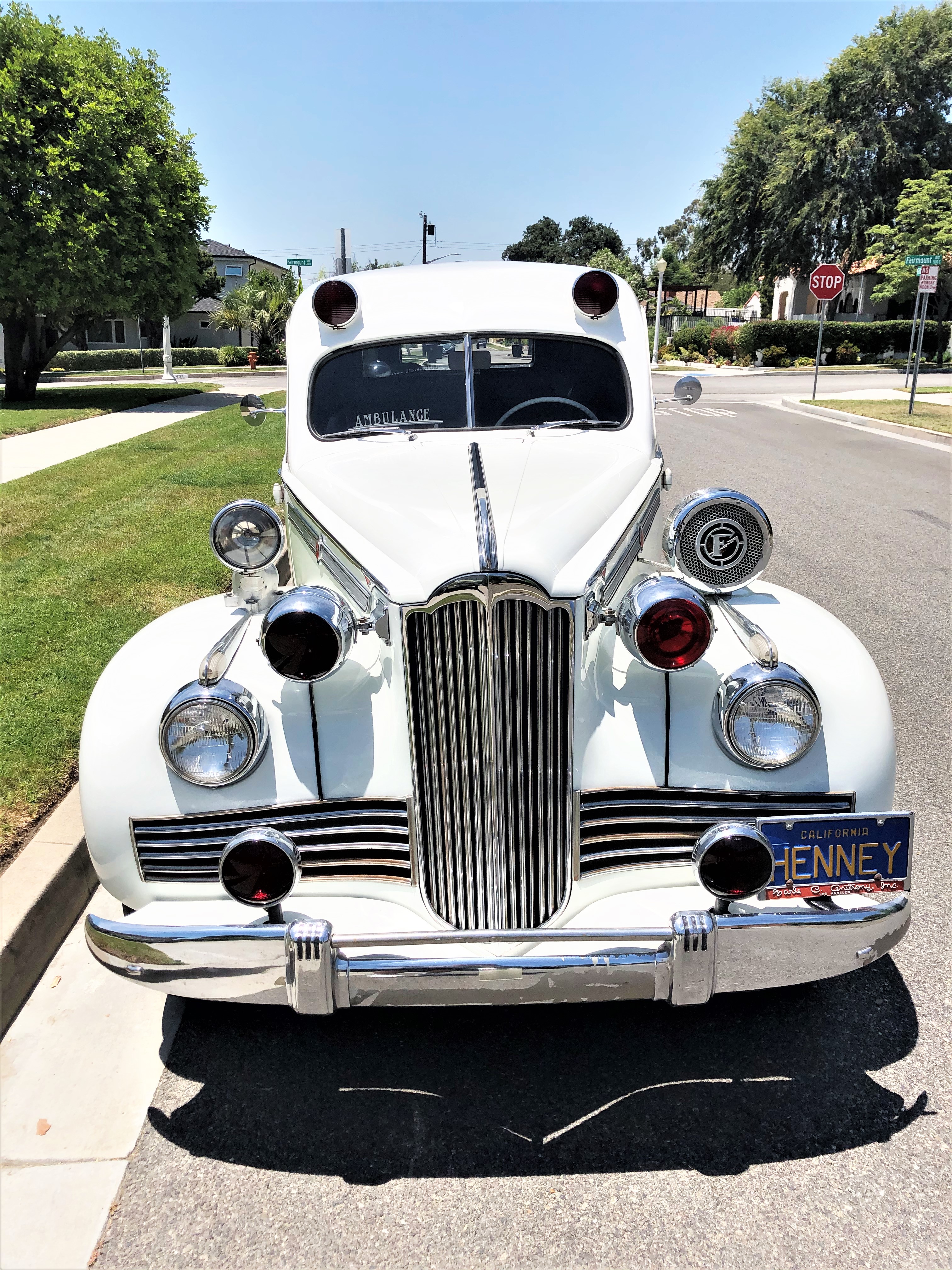 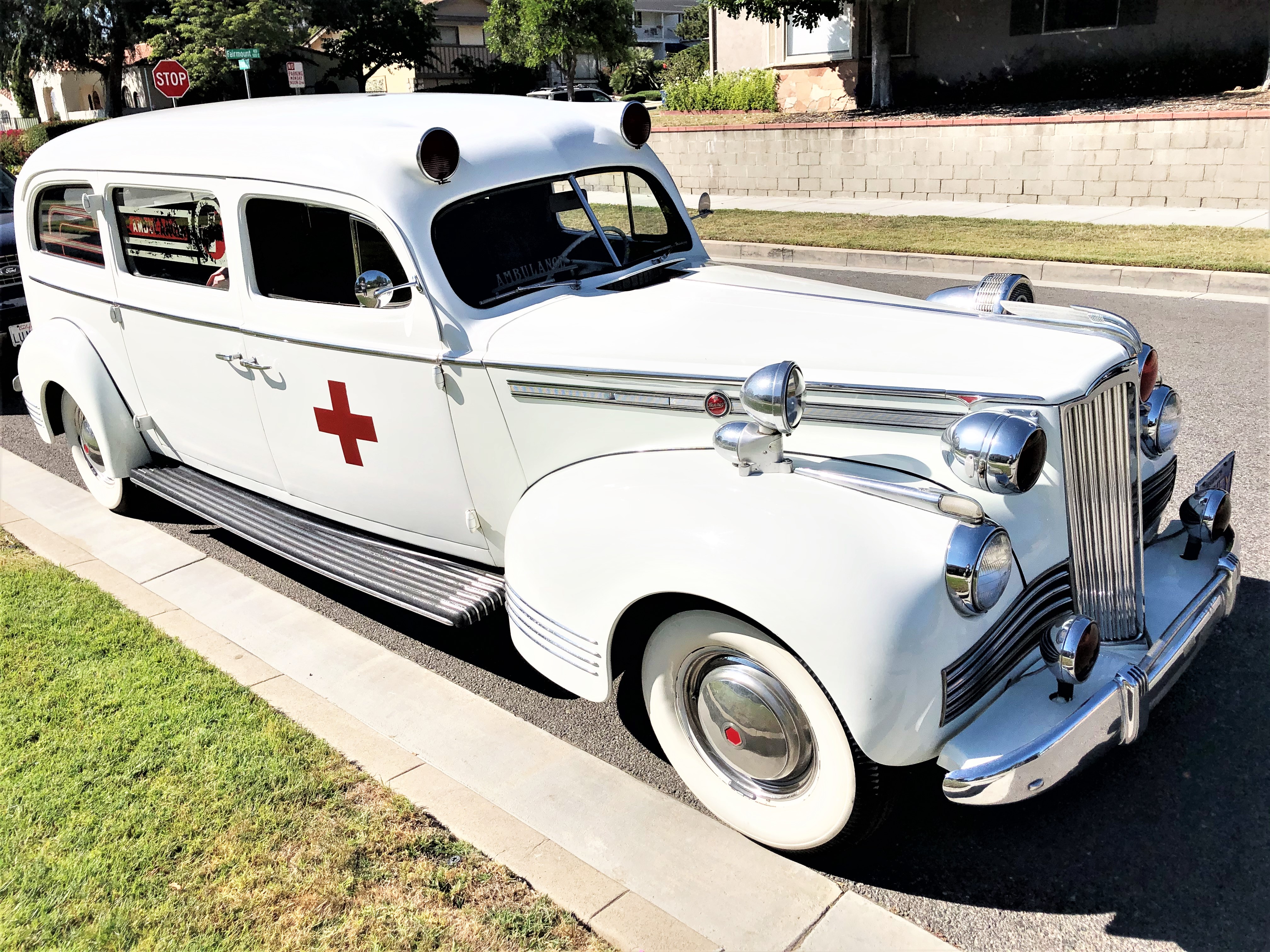 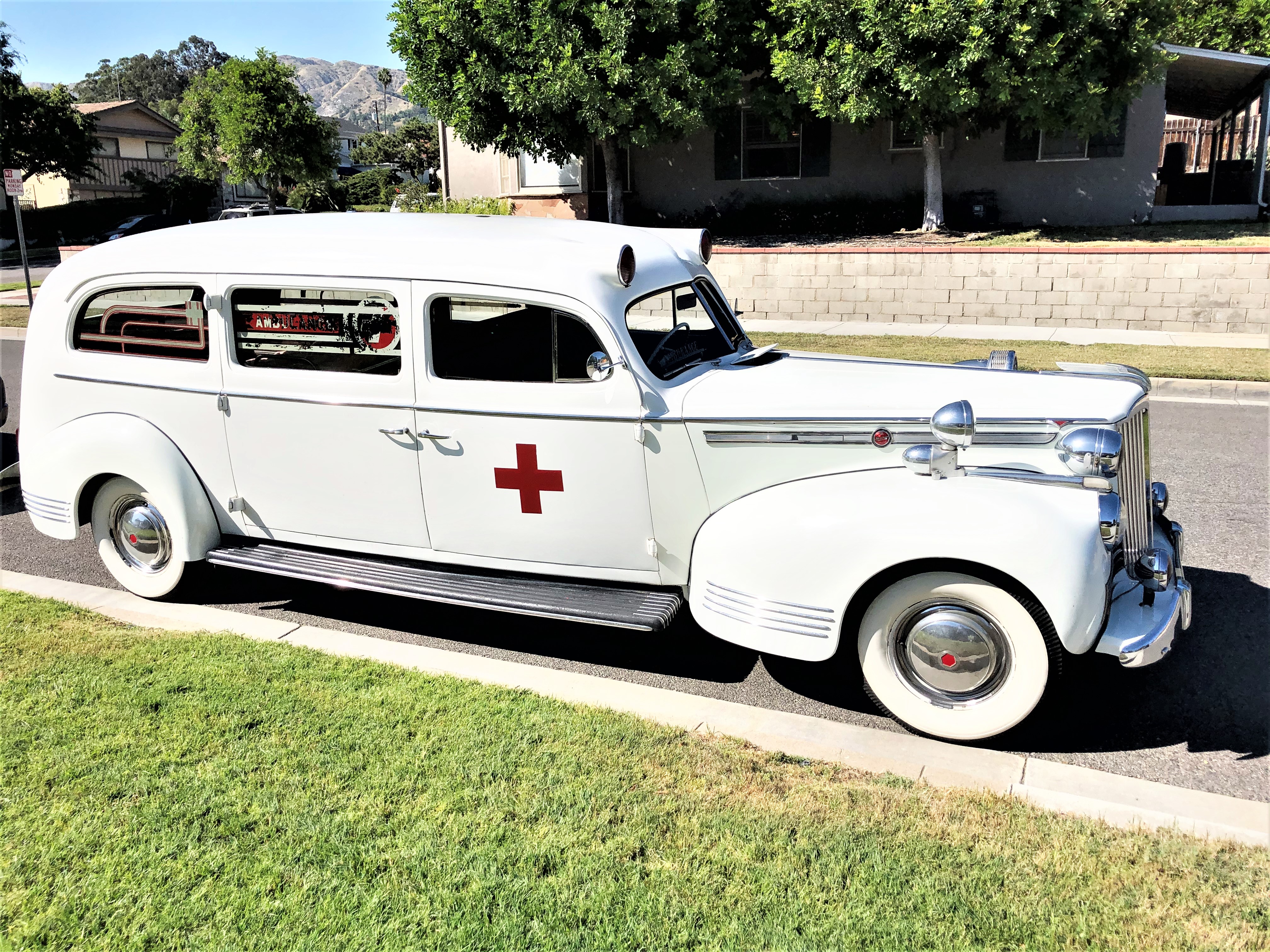 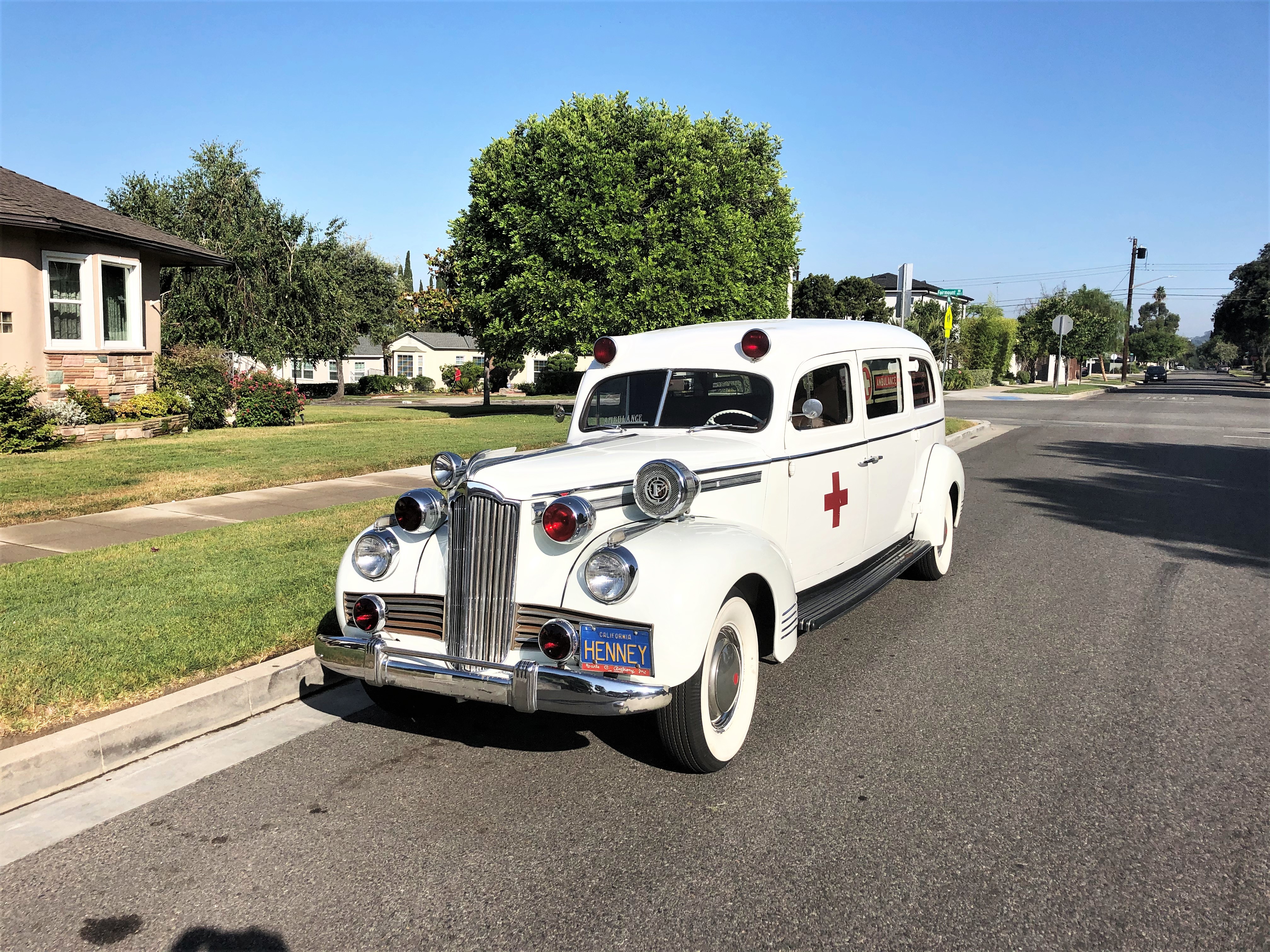 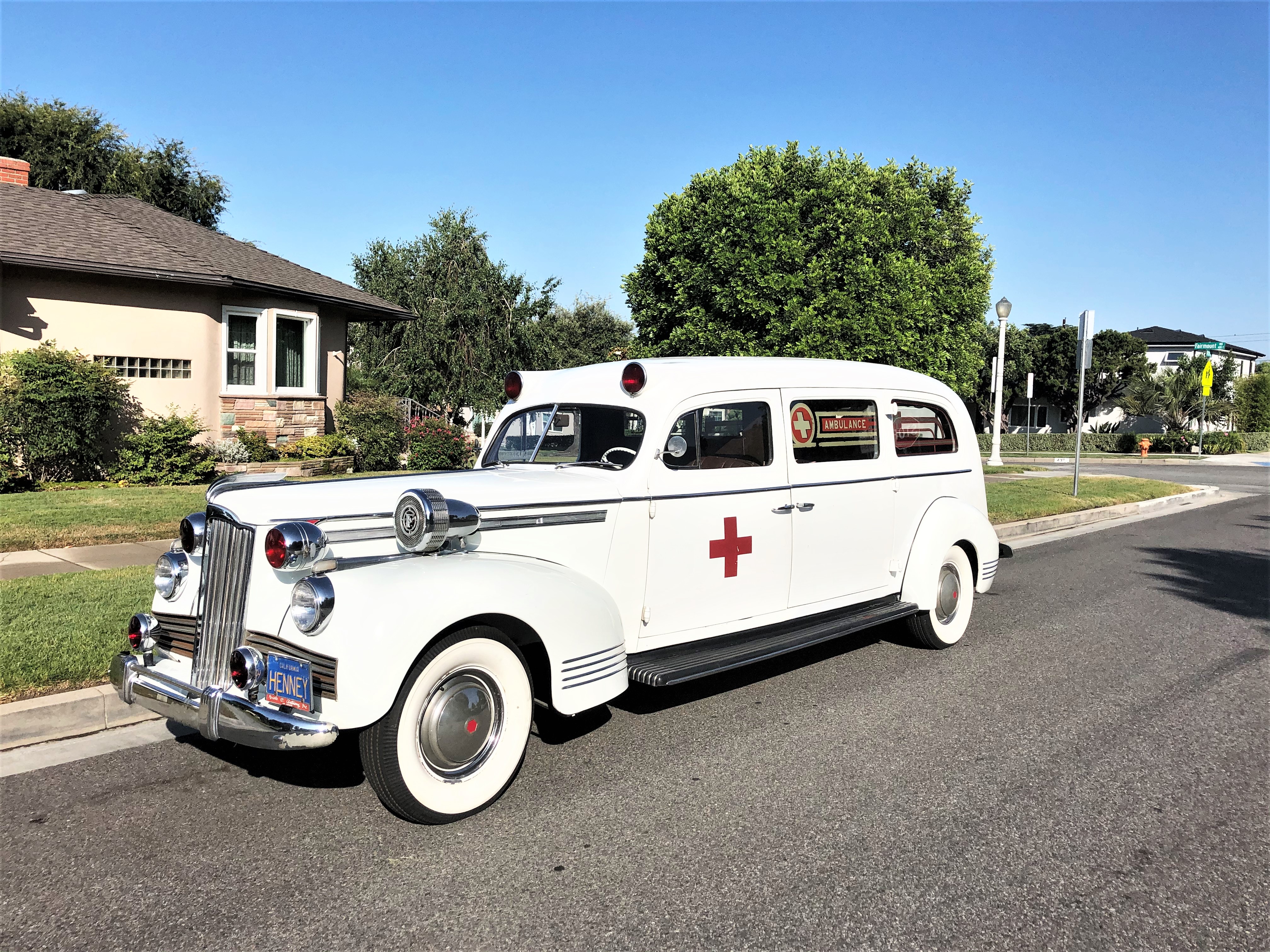 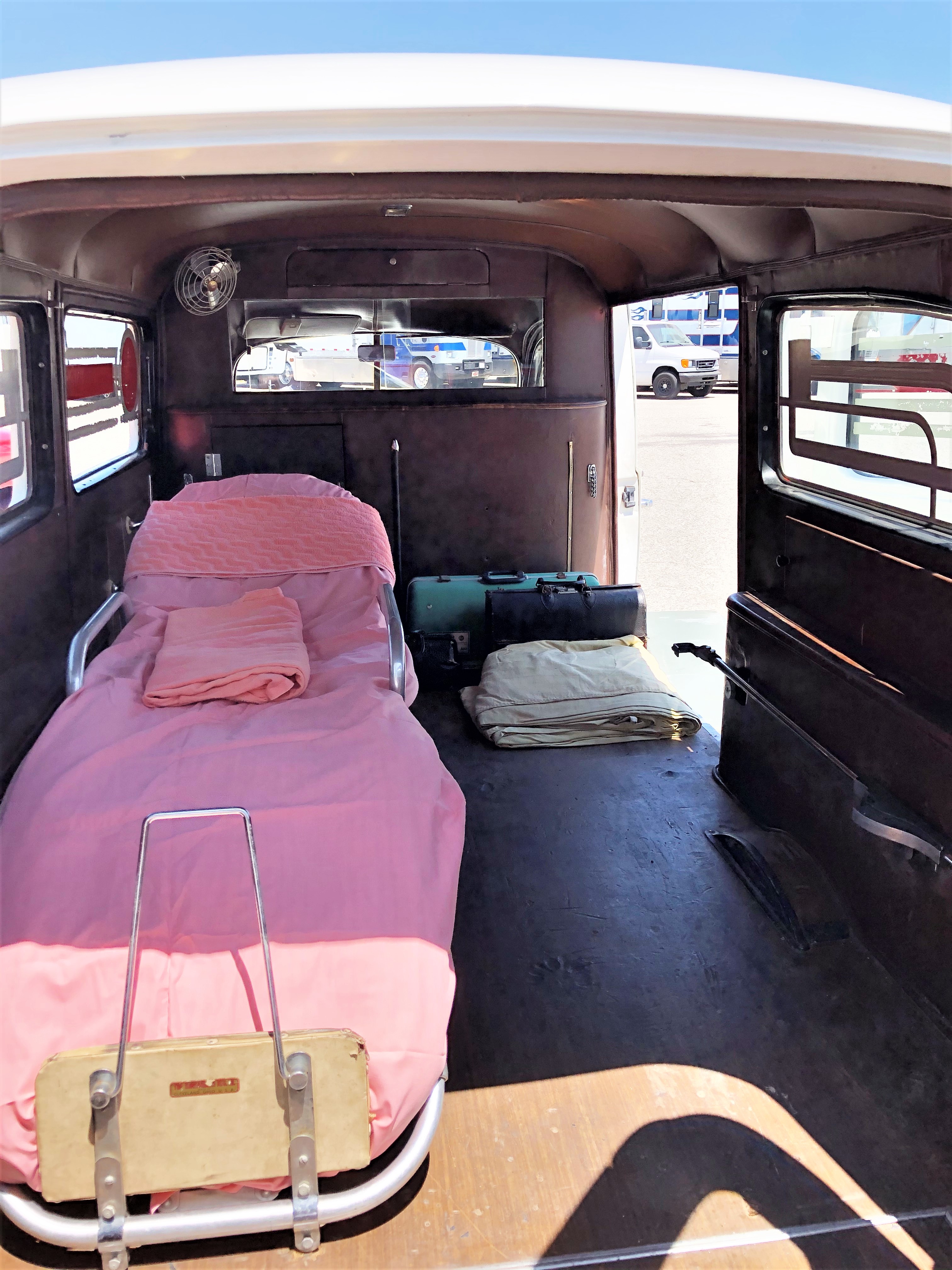 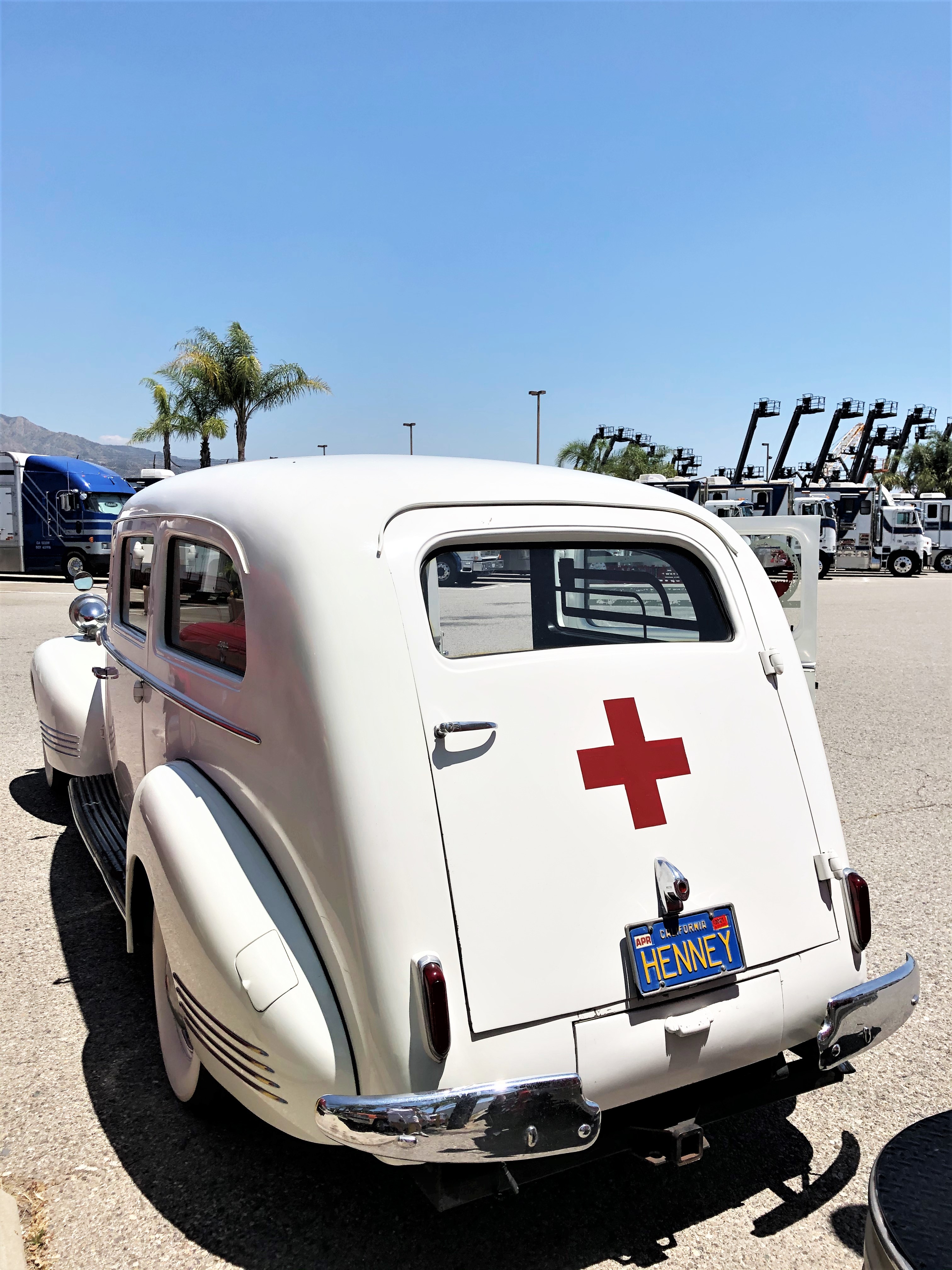 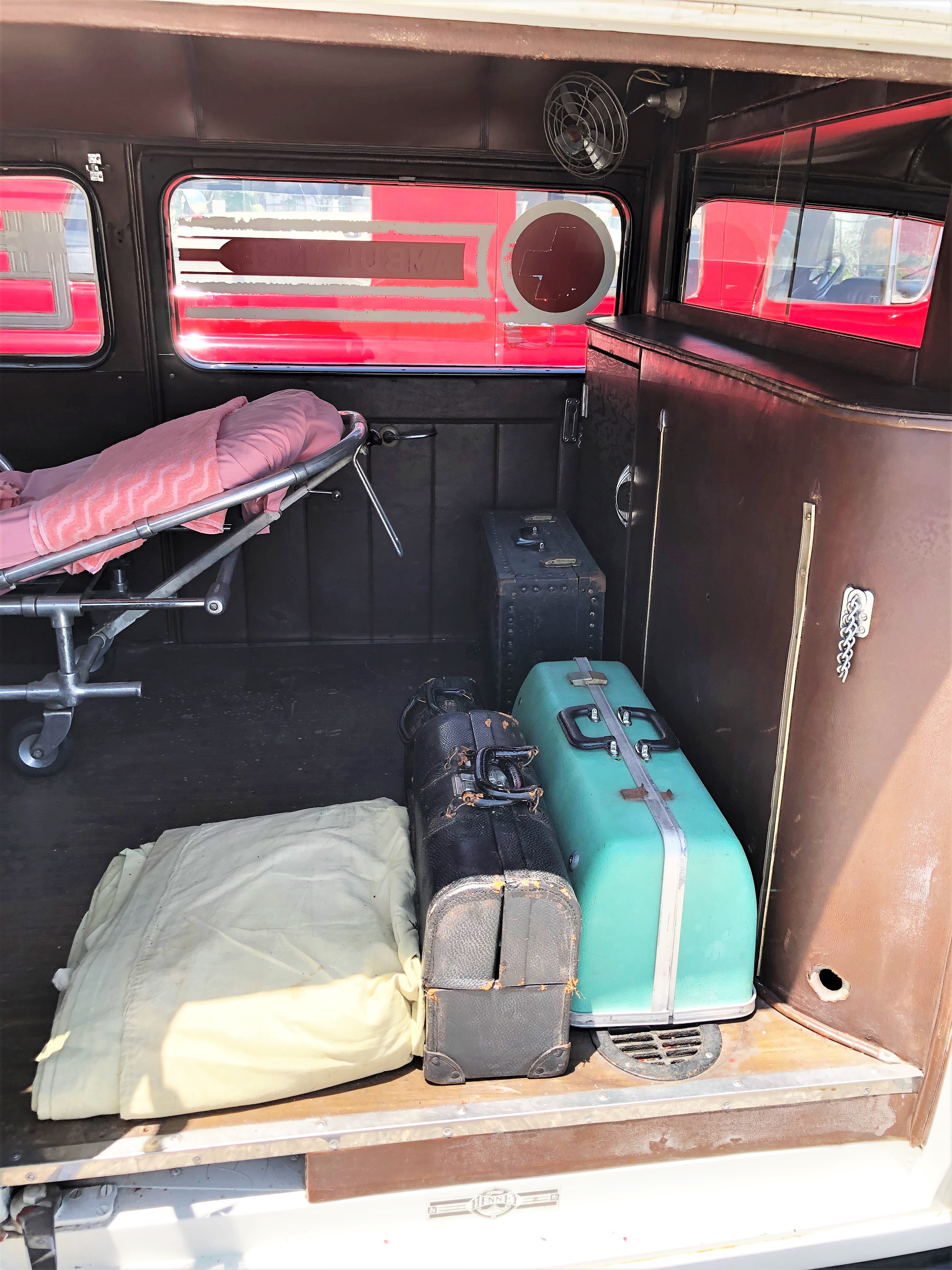 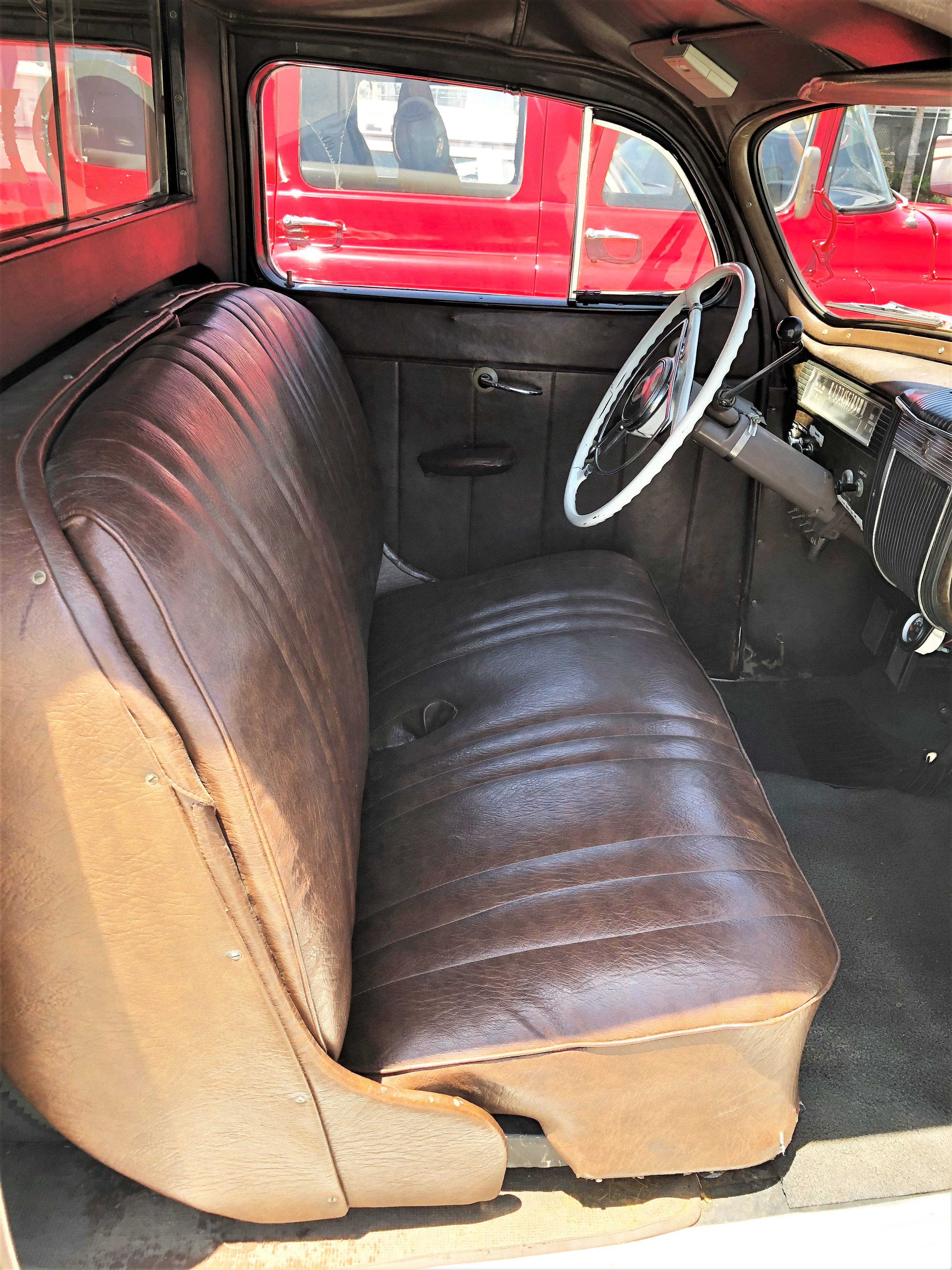 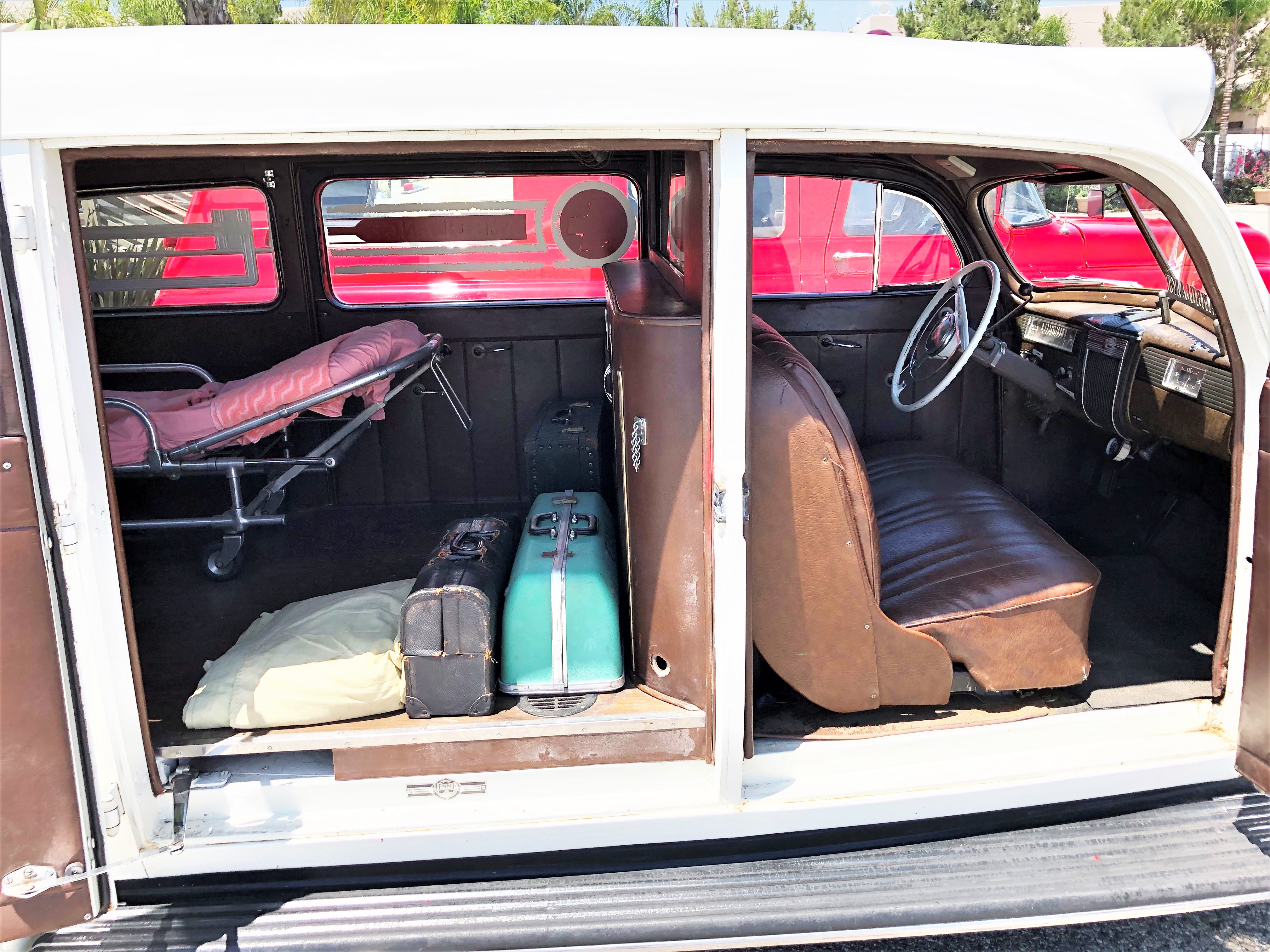 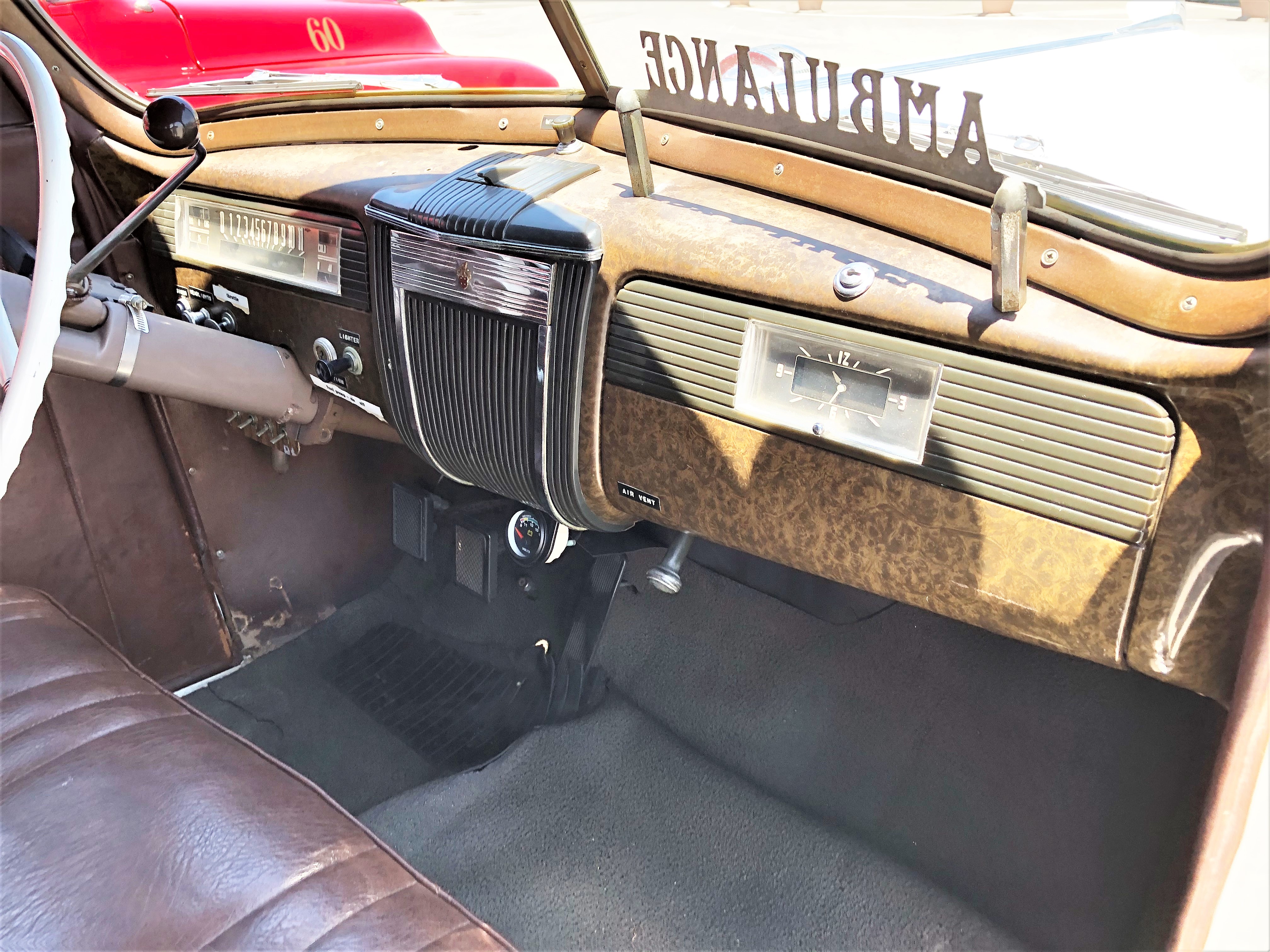 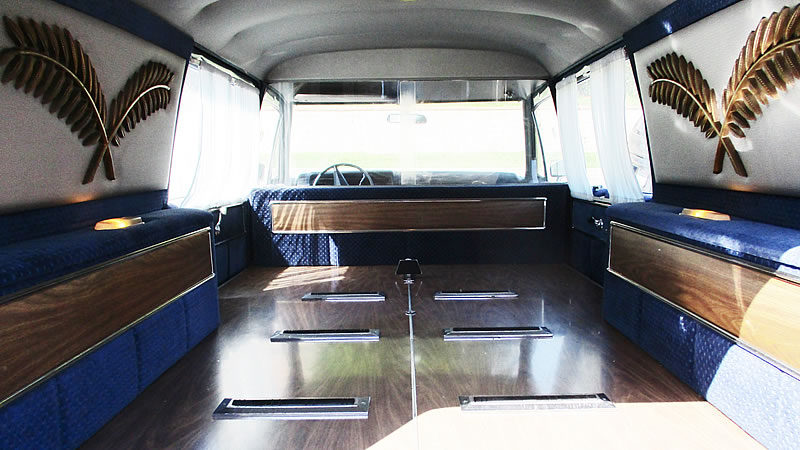 Built by the Henney Motor Car Company of Freeport, Illinois in 1942, this Packard ambulance served as an emergency ambulance for a small-town fire department in Ohio. In the early 1960s, it was purchased by a private ambulance service.

When that private ambulance service purchased a new ambulance in the early 1970s, it was purchased by well-known Packard collector Stanley Zimmerman, owner of the Automotive Driving Museum of El Segundo, CA. Mr. Zimmerman owned the ambulance until June of 2020 when he sold it to Vintage Emergency Vehicles.

It has less than 18,000 original miles. It features the original 282 cubic inch straight-8 and three-speed manual transmission. It has the time period-correct external emergency lighting package that was used in the 1940s and a Federal “Q” electro-mechanical siren.

The interior is complete and original as it appeared when new and time-period correct gurney, mechanical resuscitator, and medical box. Other than a recent paint job, this ambulance is unrestored yet completely functional.

Need more details on this or another Vintage Emergency Vehicle?

Send us your questions on our Vintage Emergency Vehicles. We'll be happy to provide you with the answers.